The Real Border Crisis Is Humanitarian

Tell Congress Not to Fund the Border Wall the
REAL Emergency is Massive Human Suffering!

As Trumpublicans indulge their will to punish, fanning the flames of xenophobia and bigotry, Progressive Democrats of America (PDA) will not remain silent! Join us telling Congress not to appropriate one cent for Trump’s hateful boondoggle border wall.

Call your Representative and Senators now. Identify yourself as a constituent, and ask to speak to the staffer working on immigration issues, or the chief of staff. Leave a voice mail if they’re not available, and call back every day until you get an answer. Tell them: “No abuse of Emergency Powers. The real emergency is humanitarian! No Wall! No family separations! No inhumane treatment of migrants!” Then, let us know what happened when you called. Finally, follow up with an email.

Tell Congress: The Real Emergency On The Border
Is A Humanitarian Crisis—We Don’t Need The Wall 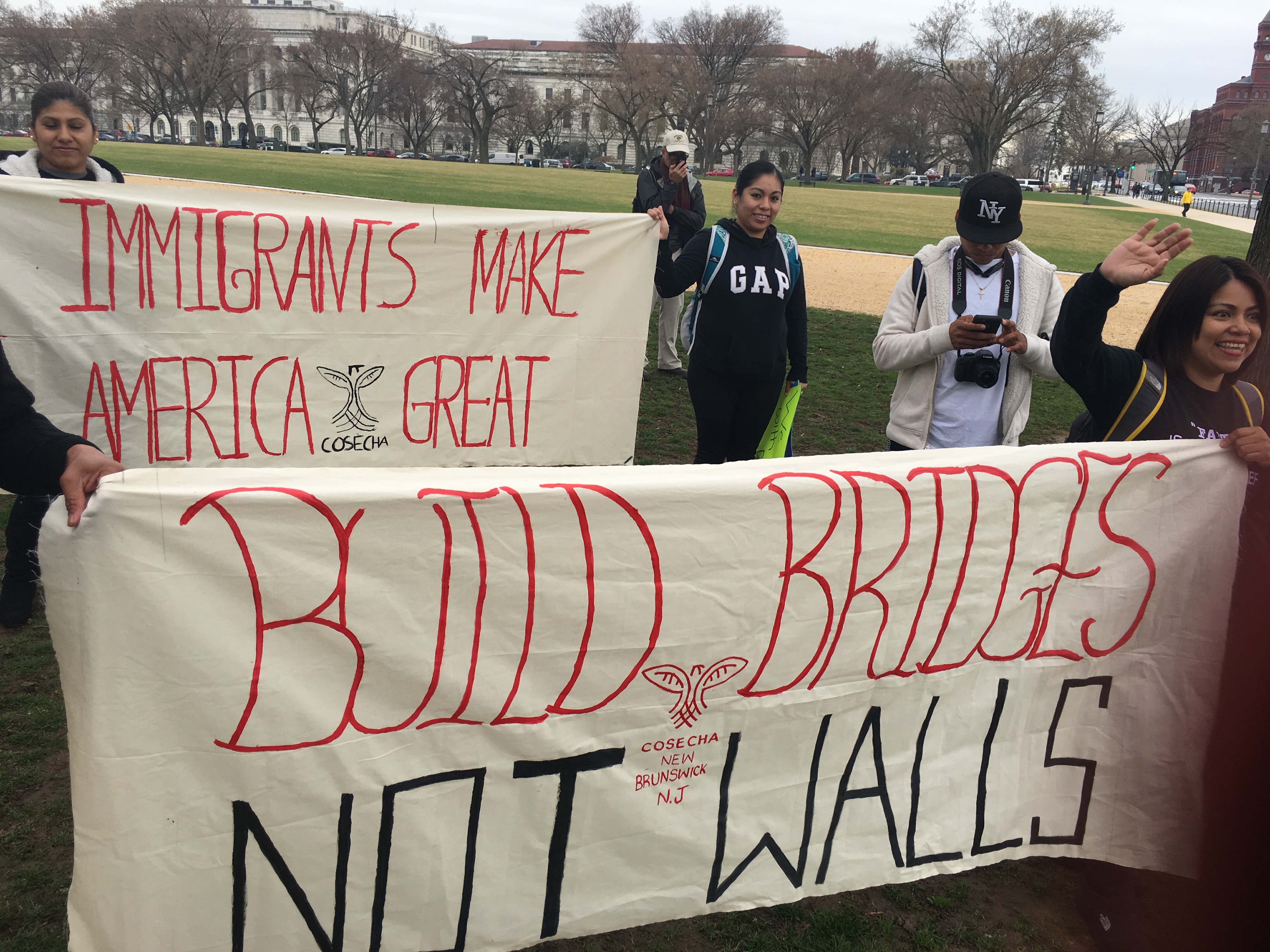 Even though the Trump administration’s cruel policy of ripping children from their parents’ arms supposedly ended last Summer, families continue to be separated, and children remain in harsh, inhumane, and isolated conditions. These outrages continue and worsen whenever extreme right wing ideology collides with reality.

PDA’s position is based on facts, human rights, and U.S. treaty obligations when we say: No deportations, no separations, no wall. Yes to DACA (Deferred Action for Childhood Arrivals), yes to the DREAM Act, and yes to comprehensive immigration reform! The humanitarian crisis at the border is escalating rapidly. As the Texas Monthly reported on March 27, 2019, Customs and Border Protection Head Says “Breaking Point Has Arrived” at Texas Border:

“Two weeks ago I briefed the media and testified in Congress that our immigration system was at the breaking point. That breaking point has arrived this week at the border,” Customs and Border Protection Commissioner Kevin McAleenan said at a news conference near El Paso’s Paso del Norte Bridge.

McAleenan described the situation as a humanitarian and national security crisis. Democrats have agreed with the first sentiment and rejected the latter. The commissioner’s proposed solutions—allowing for longer-term detention of families and easing restrictions on deporting unaccompanied children who aren’t from Mexico or Canada—weren’t a priority for Republicans in the two years they controlled both houses of Congress in addition to the White House, critics say, and have been repeatedly rejected by Democrats.

We at PDA are outraged that our fellow human beings are fenced in like animals, babies are ripped from their mothers’ arms, children are kept in cages, and helpless migrants are left to die in custody. These inhumane crisis conditions continue and worsen month after month after month! Enough!

Call your Representative and Senators now. Speak to the staffer working on immigration issues, or the chief of staff. Leave a voice mail if they’re not available, and call back every day until you get an answer. Tell them: “The only border emergency in the Trump-made humanitarian crisis! No Wall! No family separations! No inhumane treatment of migrants!” Then, let us know what happened when you called.

Trump Administration officials publicly stated that these abusive, deadly policies are designed to deter asylum seekers—in violation of human decency and international law. Because of the Trumpublicans’ callous policies—including intentional understaffing at official border crossings—wait times for asylum requests are increasing. This is forcing families to attempt to make crossings at non-ports of entry.

Building walls and more prison facilities will not solve the humanitarian crisis. Trump’s “Emergency Declaration” is a political sham to whip up his right-wing base. We reject any efforts to improperly shift our money away from addressing human needs like disaster relief and containing the opioid crisis to fund Trump’s wall—nothing but a hideous monument to bigotry and hatred.

We at PDA say it’s time to send at least 5,000 social workers, nurses, and doctors to the border—not troops or detention agents. If we are going to spend money at the border, let’s spend it helping—not harming—people. Click here to send an email to your members of Congress now, then help Progressive Democrats of America elected progressives. Donate $100, $20.20, $10, or whatever you can afford.

The REAL emergency at the border is massive human suffering caused by this administration’s draconian immigration policies and flagrant disregard for established law. Thank you for helping us end that suffering.

P.S. We’re here to help you make progress in your state and locality! If you need help organizing a new PDA chapter or energizing your existing chapter, please contact PDA Field Coordinator Dan O’Neal. Join the PDA Phone Team making easy, effective calls from your own home with Mike “Phone Guy” Fox. Also please pitch in $1000, $100, or whatever you can afford to support our organizing.