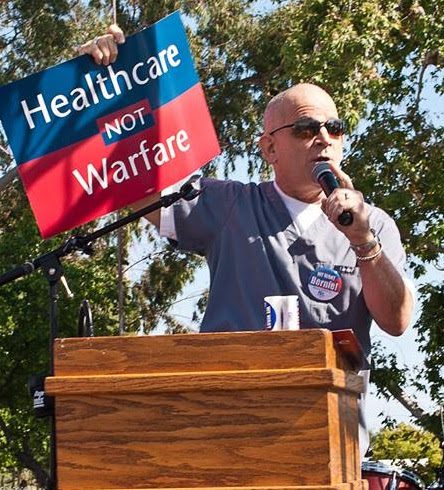 This is now our 128th consecutive weekly PDA Online Town Hall since #COVID19 first hit the U.S. in the spring of 2020.  And today, we must report that continued coronavirus infections, now especially due to the Omicron BA.5 variant, and in particular with the inadequate response of profit-first Healthcare and regressive fundamentalist politics in this country, that puts us once again this week as world leader in total COVID19 deaths as a result.

The Harvard University daily tracking center is reporting the U.S. COVID19 total death toll today at 1,023,495, which extrapolates to some 409,398 Americans now that have died in the U.S. from COVID19 that would still be alive today if we had a #SinglePayer expanded and improved #MedicareForAll (MFA) system, as we should in this country.

These sorrowful facts mean that about 1,200 more Americans died unnecessarily from COVID just this week, which is up another 200 over the usual 1,000 preventable deaths per week that we’ve seen as typical in the last several months of this pandemic.  That can only be seen as yet another lack of capacity of American medicine, this time to respond to the increased total infections from the BA.5 variant.  And again, it demonstrates a remarkable failing of this country compared to all other advanced countries of the world that provide Healthcare as a right, including universal testing, contact tracing, anti-viral treatments, and the control of comorbid conditions that lead to worse medical outcomes, particularly those that plague our underserved, largely BIPOC and rural communities.

This week saw the global vaccination rate continue to rise, now at an estimated 68.9% of world population, while the U.S. fell behind the world average, now at only 67.67% fully vaccinated here in this country.  That puts us ranked in the world at No. 64 – just behind Rwanda and Sri Lanka once again, and just ahead of India and Belarus this week.

And Wyoming continues as the U.S. state with the lowest vaccination rate, again this week at only 51.5%, definitely “developing nation” numbers right here in the good old US of A.

According to the CDC, the BA.5 subvariant of Omicron was thought to account for about 78% of COVID19 infections nationwide this week, and despite what they call “modest increases” in cases and admissions.  And once again, the more serious cases continue largely to be among the unvaccinated.

And Chief Medical Advisor to the President, Dr. Anthony Fauci, who is himself recovering from COVID19, announced this week that he now plans to retire from this position, and governmental service more generally, by the end of Joe Biden’s current term of office.

Meanwhile, the Washington Post reported on Friday that the Biden administration has put “on hold’ second booster shots of the coronavirus vaccine for people younger than age 50, as they accelerate a fall vaccination campaign using shots that specifically target the new more contagious variants.

Also, reports are now emerging of a new subvariant of Omicron, BA.2.75, which has been dubbed “Centaurus”.  That one is thought to have now spread to some 10 countries so far.  It has not yet been designated a variant of interest, but is being watched closely by the World Health Organization as having that potential.

And finally in other world and national Healthcare news, the Monkeypox epidemic has become even more widespread this week, likely soon to be elevated to pandemic status itself, with some experts noting that the U.S. is now believed to have “failed to contain its spread” here in this country.

And similarly distressing is the growing awareness that with the recent SCOTUS overturn of Roe v. Wade, our already miserable maternal mortality rates, when compared to the other advanced and by comparison civilized countries of the world, are already likely worsening as we speak.  This, due in particular to vaguely worded laws being implemented in anti-abortion states that threaten Healthcare providers in those states with punitive legal action, even when they are performing what anyone might consider to be life-saving medical treatments.

These are all public health atrocities that demand political action, and new political leadership to make it happen.

Thanks for listening, and onward!