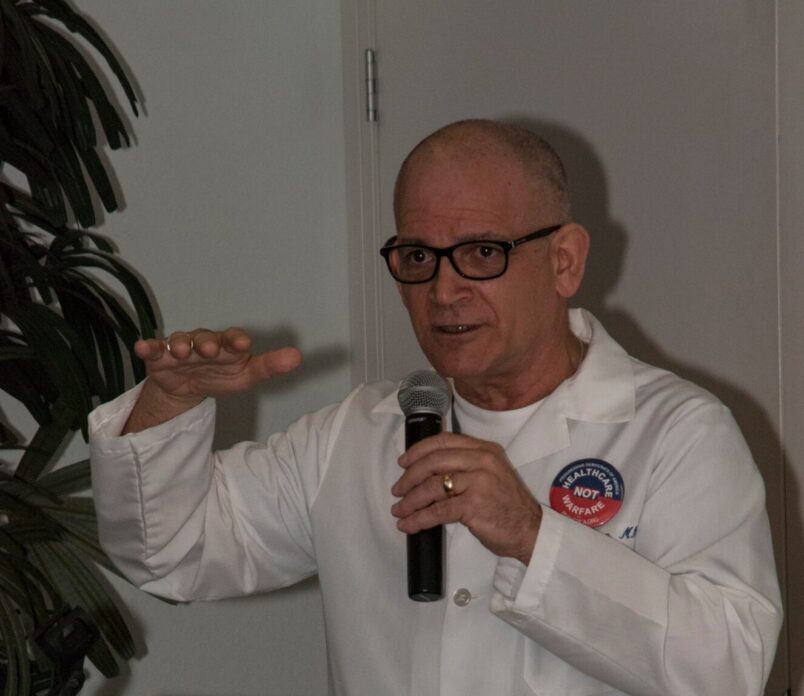 This is now our 125th consecutive weekly PDA Online Town Hall since #COVID19 first hit the U.S. in the spring of 2020, and today, as we approach the 246th birthday of this nation, conceived in the notion of life, liberty, and the pursuit of happiness, we must once again shamefully report our failing in living up to that creed by virtue of the fact that the United States continues as the world’s leader in deaths due to the pandemic of COVID19.

The Harvard University tracking center is reporting total U.S. COVID19 deaths at 1,015,208 to date. And that means of course, that an estimated 406,083 of those who have died in the U.S. from COVID19 would still be alive today if we had a #SinglePayer expanded and improved #MedicareForAll (MFA) system of Universal Healthcare in place to deal with this crisis.

Once again, that’s about 1,000 more Americans who died unnecessarily from COVID just this week, because our public office-holders are failing to listen to the real stakeholders in this crisis, we the people of the United States, especially those of us who need and are not getting Healthcare.

This week saw rising or spiking numbers of cases due to the Omicron variant in most of the wealthier countries of the world, including France, Germany, Italy, and the U.K., and also in Brazil, India, and Turkey, with some leveling reported at least in South Korea.

The U.S. currently is believed to be a stagnant 67.4% fully vaccinated. That’s unchanged from last week and puts us still ranked in the world this week at No. 64 – still just behind Mozambique and Sri Lanka, and still just ahead of El Salvador and Belarus. So much for being a world leader of any tangible worth.

And Wyoming is still holding the lead for worst state in COVID vaccination rate, again this week at only 51.4%, that’s up by just 0.1% from last week, but falling further behind the world’s average which increased this week by 0.2% of global population fully vaxxed to 61.8%, again compared to Wyoming’s 51.4%.

The newer more contagious variants of Omicron have increased the incidence of COVID19 to unprecedented levels with researchers suggesting that as many as 80% of the U.S. population now has been infected at least once. And those with chronic medical conditions, most notably our underserved communities, especially persons of color, and those who happen to live in poverty, as well as the unvaccinated, still remain the most at risk for more serious outcomes, hospitalization, and death due to COVID19.

Dr. David Dowdy, epidemiologist at Johns Hopkins School of Public Health, recommends, “This summer consider your own vulnerability and that of those around you, especially in large gatherings…there are still people very much at risk.”

And now, according to The Hill, “Infectious disease experts and public health advocates are warning that the Biden administration has been too slow to respond to the Monkeypox outbreak…and the response is mirroring the worst parts of the early days of the coronavirus pandemic, they say, with severely limited testing and a sluggish rollout of vaccines…”

So, given all of this, how is it that our political leaders can continue to ignore the lives and pursuit of happiness for so many in this country, and reject the principle of Universal Healthcare, where ALL of the people get ALL of the care?

Because, we are failing to live up to our other stated belief of this country’s founding, that ALL of us are created equal in America.
And until we the people hold these leaders accountable for this failing, can we really take any pride in its founding? I don’t think so.
The struggle for Healthcare Justice and MFA in the U.S. continues.

Thank you and onward!