Lift Every Voice and Sing: A Juneteenth Celebration of America

In solidarity,
Maryam Ar-Raheem and Debra Schrishuhn for the PDA national team

This year is the second observance of the federal holiday, Juneteenth. It was originally celebrated as “Jubilee Day” in 1865 in Texas.

We celebrate with both gladness and trepidation. Gladness for the countrywide recognition of an historical and cultural milestone, we nonetheless reflect on the length of time that it took (156 years), and the slow progress from enslavement to the present where African Americans have not yet gained full and unencumbered participation in the American experiment.

Although said participation does not appear to be immediately attainable, we can be inspired by James Weldon Johnson’s song, “Lift Every Voice and Sing,” colloquially known as the Black National Anthem:

Lift every voice and sing
Till earth and heaven ring
Ring with the harmonies of Liberty
Let our rejoicing rise
High as the listening skies
Let it resound as the rolling sea. 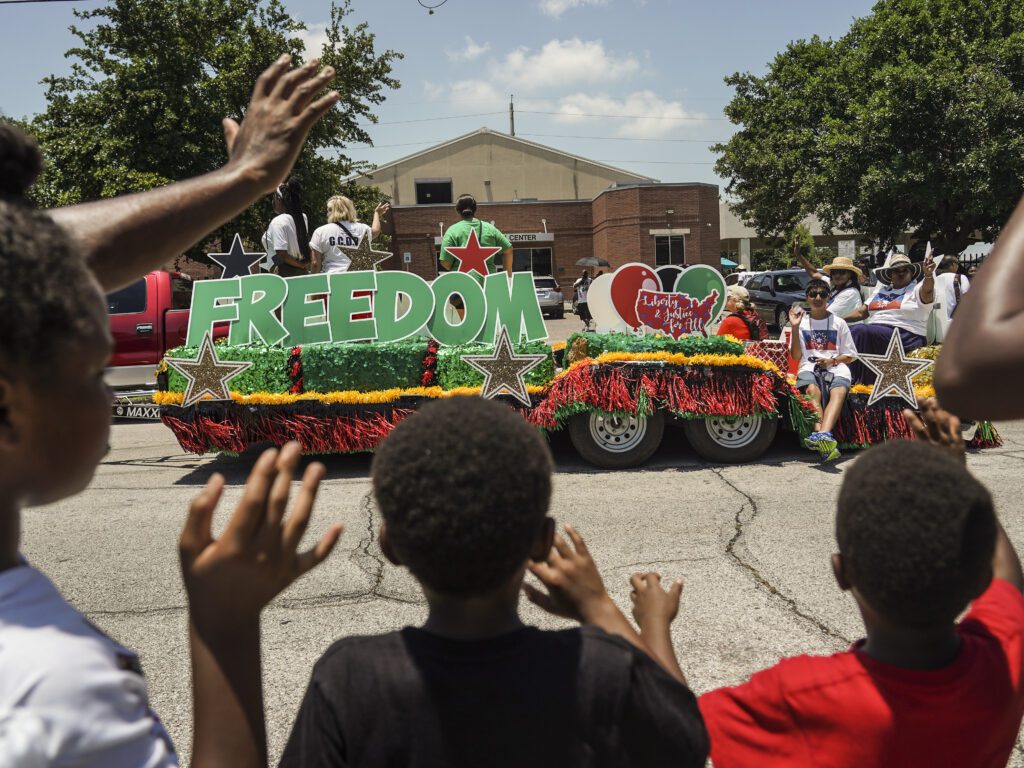 GALVESTON, TX – JUNE 19: Spectators watch Juneteenth Parade commemorating the end of slavery in the United States on June 19, 2021 in Galveston, Texas. Juneteenth celebrations, now recognized as a federal holiday, are taking place around the country in recognition of the emancipation of African-American slaves. (Photo by Go Nakamura/Getty Images)

Progressive Democrats of America celebrates Juneteenth 2022 with gladness and determination to make progress toward the American promise of Liberty and Justice for All.